In the second lecture in his "Secret Religions of the West" series, Dr. Lindsay explains that these "philosophies," including Marxism, are actually mystical Esoteric cult religions posing as science, economics, and politics, and that their

The Negation of the Real | Dr. James Lindsay

A coalition of progressive groups, many funded by billionaire George Soros, is sponsoring a “People’s Bailout” community organizing…

The European Union has caved in to pressure from China…

The WHO Director’s Long History of Cover-Ups

The director general of the World Health Organization (WHO), Tedros Adhanom Ghebreyesus, is facing…

Sometimes terrible things happen without any human malfeasance, and the novel Wuhan coronavirus may in fact be one of those things. It is… The week of January 16th-21st of 2023 marks the first full return to in-person meetings for the World Economic Forum in Davos, Switzerland.

As The who’s who of the most radical globalists descend upon the picturesque ski resort town of Davos, Switzerland for the World Economic Forum (WEF) annual meeting, up to 5,000 soldiers from the Swiss army will be deployed to offer military support to the civil authorities of the canton of Graubünden, who are responsible for securing the summit’s premises and its participants.

So what is it that drives the world’s greatest collection of Malthusian, Fascist, Neo-Communists together each year?

On today’s Public Occurrences Both Foreign and… 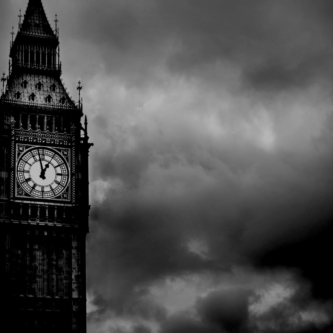 Intelligent, educated men and women are at times the most susceptible to propaganda and fertile fallacies.
/ Dec 16

As the old is discarded and the new is embraced, the religion of the old “gods” and the old world is shown the door.  A new “god” for a new digital age is in the process of being ushered into space reserved for the old religions.
/ Dec 5

Over the past several years at Sovereign Nations, I have provided a forecast for what will be on the horizon for all of us here in the United States and beyond as we continue down the dialectical river towards 2030.
O'Fallon / Jan 3

Without a doubt, throughout the United States, the respect for our constitutional systems and the rule of law has been diminished.
/ Dec 19

It is rare that a book comes along that not only sets the bar for all of those approaching the same subject matter must be measured but also that unmasks the central ideological issues that plague our rapidly mutating civilization.
/ Dec 6

Over the past month, the nation and world has been rocked by Elon Musk’s purchase of the social media platform, Twitter.
/ Dec 3

In his first talk at the Mere Simulacrity conference in Phoenix, Arizona, in December 2022, Dr. James Lindsay introduced the idea that there is a long, running current of “Secret Religions” in the West. These are the Modern and Postmodern manifestations…

What has led the Christian Church down the roads of numerous Mass Formation Psychosis programs over the past 10 years across evangelicalism?

For decades, the evangelical church has seen an infusion of business philosophies and practices into the church. Now, in coordinated effort with the World Economic Forum Agenda 2030, business leaders are seeking to integrate…

Throughout the ages, theological and philosophical movements have been advanced based upon half-truths, false rhetoric, and equivocations championed as axiomatic principles.

Theologians and philosophers, whether they are evangelical or non-evangelical, still use similar rhetorical devices to champion claims that undercut…

The Fracturing of Faith | Michael O’Fallon

In the fourth Session of Sovereign Nations’s “The Theology of Marxism” conference, Michael O’Fallon addresses the ways in which the church has been gradualistically decoupled from Biblical doctrine over the past 15 years.

In this wide-ranging presentation, O’Fallon begins with…

Marxism is a theology, and its religion is Communism. That we have failed to understand this fact over the 175 years since Marx wrote the early drafts of what he originally called the Communist Confession of Faith and published in by…

The public knowledge of Neo-Marxist ideologies has grown since Sovereign Nations began informing the public at large of the threat of concepts such as Critical Race Theory (CRT) and intersectionality.

Over the past several months, as…

The Church of Wall Street | Andrew

The Negation of the Real | Dr. Jame

The Theology of Marxism Conference:

In the second lecture in his "Secret Religions of the West" series, Dr. Lindsay explains