Prime Minister Benjamin Netanyahu trounced his rival Gideon Sa’ar in the Likud leadership race early Friday, winning some 72.5% of the party vote in a landslide win for the longtime Likud leader.

Netanyahu declared victory soon after midnight Thursday-Friday, as the count was underway, while Sa’ar conceded an hour later. As the final results were announced, Sa’ar called Netanyahu to congratulate him.

“This is a huge victory! Thank you Likud members for your trust, support and love,” Netanyahu said in a message to supporters, vowing to “lead Likud to a great victory in the upcoming [national] elections and continue to lead the State of Israel to unprecedented achievements.”

“We won! Thank you for your support,” Netanyahu later tweeted.

At 1 a.m., Sa’ar conceded defeat, saying that while “we don’t have the final figures, the result is clear.” He said he would “congratulate the prime minister on his victory,” and pledged support for Netanyahu and Likud ahead of the March 2 general elections. “The contest was vital to the Likud and its democratic character,” said Sa’ar. “My decision to run was right and necessary. Whoever isn’t prepared to take a chance for the path he believes in, will never win.”

The contest was the first significant challenge to Netanyahu’s leadership of the Likud in more than a decade, but he maintained the support of the vast majority of the party’s Knesset members and its prominent local leaders and activists, and can thus utilize the result as a boost ahead of Israel’s third general elections in under a year.

Sa’ar had argued that Netanyahu, having failed twice to form a government after the April and September elections, would lead the right-wing bloc to a third failure, and that he, by contrast, would ensure the right retained power.

Results in the race began to emerge after midnight, after a day that saw wet wintry weather dampen turnout.

The final outcome saw the prime minister win 72.5% of the vote, compared to 27.5% for Sa’ar, according to the Likud spokesperson.

In Jerusalem, the prime minister took 80 percent of the vote. According to the initial results, Netanyahu won by a large margin in the cities of Haifa, Acre, Ramle, Rishon Lezion, Ashdod, while rival Sa’ar was ahead in Shoham and Daliyat al-Karmel.

As the clock wound down before 11 p.m., when polls closed, Netanyahu filmed himself on Facebook Live manning the phones at campaign headquarters and speaking to supporters, sending out messages urging voters to the polls.

Sa’ar kept mostly silent amid Thursday night predictions he would fall short, but his campaign head MK Yoav Kisch tried to project optimism, saying that “victory is realistic and possible.”

Polls were kept open until 11 p.m., hours later than usual, amid fears that heavy rains was keeping many of Likud’s 116,000 eligible voters away from the ballot boxes.

“To who everyone who believes in the path we set out on, you’ve shown faith, courage and determination. I love you and proud of you,” he tweeted.

Likud said turnout was just shy of 49 percent, compared to 55% in the 2014 leadership race, the last time Netanyahu faced a challenger to lead the party. That vote coincided with primaries for the rest of Likud’s electoral slate, which the party’s internal court canceled for the upcoming general elections.

Primaries generally see lower turnout, though some blamed the wet weather for keeping voters away.

Netanyahu will now continue to lead Likud into general elections on March 2.

Netanyahu, who has piloted the right-wing party since 2005, was widely seen as likely to win the contest easily, despite having recently been charged in three criminal cases. He had hoped for a landslide victory that would cement his hold on the party, after two failed attempts to form a government and his legal woes had led to questions over his ability to helm the faction.

Sa’ar, meanwhile, had hoped to at least garner 30 percent of the vote in order to demonstrate the strength of the anti-Netanyahu camp within the party.

During the day, lawmakers backing Sa’ar, as well as his campaign headquarters, claimed there were “significant irregularities” in many cities, including some polling stations barring Sa’ar’s inspectors from entering.

It followed previous accusations that Netanyahu was using party institutions to tilt the roster of eligible voters in his own favor.

Throughout the day, Likud members reported receiving text messages from strange phone numbers accusing Sa’ar voters of being traitors. “A vote for anyone other than Netanyahu … is a vote for the left, and anyone who votes for the left must be kicked out of the Likud,” read one.

The March 2 vote comes after Netanyahu failed to form a coalition in two elections earlier this year, denting his reputation as the consummate figure in Israeli politics.

Going into Thursday’s vote, Netanyahu portrayed Sa’ar as inexperienced, while depicting himself as a security buff and master of international diplomacy.

Sa’ar, on the other hand, sought to outflank Netanyahu from the right and argued only he could ensure continued Likud rule following the premier’s failures to assemble a government.

The run-up to the contest grew increasingly stormy, with accusations from Sa’ar supporters of vote suppression and complaints of constant verbal abuse from Netanyahu’s supporters.

With an upset seemingly a longshot, Sa’ar allies have shifted to suggesting that gaining 30% of the vote could still be considered a success. “No one has gotten close to that before, and we are talking about the incumbent prime minister,” a source close to Sa’ar told The Times of Israel this week, tempering expectations.

The vote caps a two-week dash by both Netanyahu and Sa’ar to crisscross the country and rally supporters to their side; Netanyahu ignored Sa’ar’s call for one-on-one debates.

Since returning as Likud leader in 2005, Netanyahu has come to command fierce loyalty both among party faithful and political allies. The premier won primaries in 2012 and 2014 by wide margins and ran unopposed in 2016.

Last month, Netanyahu was indicted for fraud and breach of trust in three corruption cases, and bribery in one of them, allegations he strongly denies.

The rival Blue and White party and others to the left of Likud have vowed not to form a government with Netanyahu as head due to the graft charges, though they have indicated they could enter a coalition with another Likud leader.

A series of polls in recent weeks have indicated a Sa’ar-led Likud might win fewer seats in a third election than under Netanyahu, but the overall right-wing bloc might be larger — potentially enabling it to break the impasse and form a majority government.

Netanyahu has sought to paint himself as an irreplaceable leader fighting a “witch hunt” by the police, the legal establishment and the media, and has claimed that only he has the diplomatic chops to steer Israel through turbulent international waters, boasting of friendships with US President Donald Trump, Russian President Vladimir Putin and others.

On Thursday afternoon, Netanyahu spoke to Putin to discuss Iran and Syria and ask for clemency for an Israeli-American backpacker jailed in Moscow on a drug smuggling conviction.

via The Times of Israel 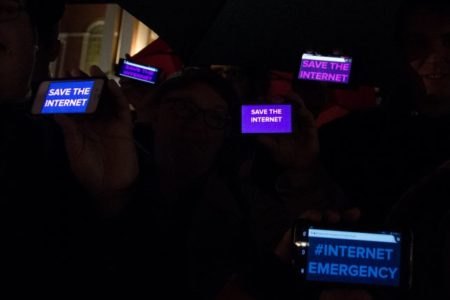